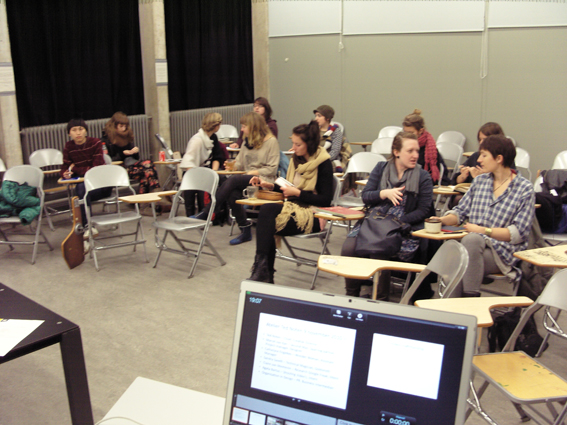 What is the power of Atelier Ted Noten (ATN)? What kind of qualities do you need to survive the big jungle of designers? What’s the structure at ATN, who does what? Is there some kind of strategy at ATN?

To extract the above; How does a jewellery designer who tries to reinvent himself, actually work?

I (Marcel van Kan) am working as a project manager at ATN.  I’m involved in all kinds of development since Ted Noten became Atelier Ted Noten, until now, 7 years later.

To explain what happened in between, I will show 10 short movies as a metaphore about the ATN feeling. I try to give each student some background information about a “company” that is continuously seeking for new challenges inside the world of art and design, including all riscs and challenges!

Each student describes it’s own personality and explains it’s own practise.

After all this I want every student to develop it’s own company future plan and structure. This will be kept in an envelope and may only be opened 10 years after!